Since there has been a surprising (world-wide) interest in Piglet I thought it appropriate to post his story.

Can’t remember exactly when or why he joined our life.  I think it had something to do with Francois eating the last piece of chocolate several years ago.  I called him a piglet and think the little pink critter landed as a joke in a Christmas gift shortly after. 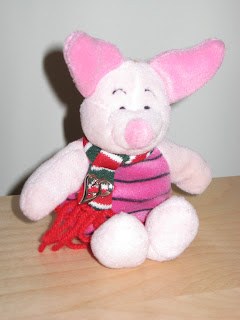 Not sure who started the tradition but when one of us would travel Piglet would be stashed secretly in our suitcase so that when we arrived at our destination and unpacked we would discover the little guy smiling up at us.

As time went on and my traveling lessened and Francois’ increased we started documenting some of the places visited.  It is partly due to the movie Le Fabuleux Destin d’Amélie Poulain, a 2001 French film. 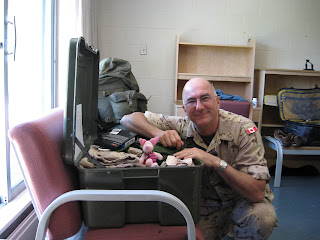 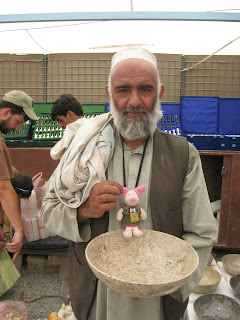 Thus far in his short life Piglet has been across Canada from coast to coast, to several US cities, the Caribbean twice, three visits to France, Portugal (including a day in Seville, Spain), Bosnia, Poland, UAE, Kuwait, Iraq, Afghanistan, Cyprus and South Korea, has ‘participated’ in four military missions and several military exercises. 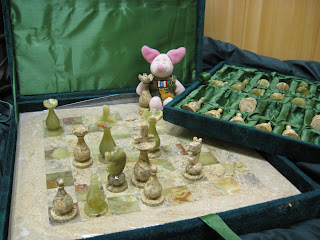 He has traveled by car, bus, subway/métro, train, air (both commercial and military – first class and coach) and by sail boat. He has been aboard a military vessel - most recently the US Coast Guard Tall Ship – ‘The Eagle’ on a recent trip to Canada’s east coast – but unfortunately was not present during the reception on the HMCS Shawinigan – not sure our former Prime Minister and Madame Chrétien would appreciate a photo op with Monsieur Cochon plus I don’t think Piglet voted Liberal during those years. 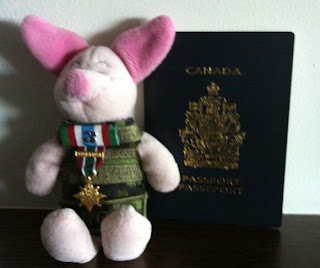 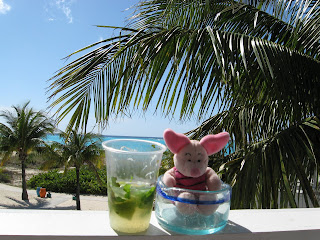 Enjoying a Mojito by the 'pool' in the Caribbean

Since our return from Paris Major Pig has been nursing a bit of jet lag and prefers to spend his days relaxing with Money Penny (double-o reference - bought Francois this gift a few years ago to keep his spare change in - it's actually called 'Miss Money Penny'. 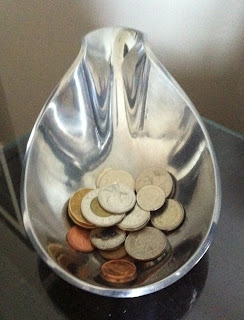 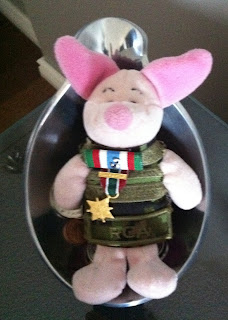 Major Pig will definitely be present for the Change of Command in Shawinigan, Quebec next week, the Artillery Advisory Board in Shilo, Manitoba and upcoming exercise in North Carolina, USA.

There will certainly be many more travels for 'le p’tit pig' in the future – some exotic, some mundane but always an adventure.
Posted by Kathy Haslam